Just two and a half months after emerging from stealth, weight care management startup Found announced today that it has raised $100 million in a Series B funding round that values the company at $600 million.

New CEO and former Bumble executive Sarah Jones Simmer described the round as oversubscribed and pre-emptive, considering the startup “had not planned” on the raise process.

“I think what was so interesting and exciting for investors is there is this really well understood TAM [total addressable market] — and it’s clear that this is the biggest problem facing healthcare today,” Jones Simmer told TechCrunch. “And here’s this company with a new, innovative approach and a clear product market fit with a business that has scaled very well, arguably operating under the radar without a whole lot of marketing channels fired up.”

Since the beginning of this year, Found has seen its annual run rate grow by 6x, according to Jones Simmer. To give some context around its growth, in late September, the company had told me that since its 2020 launch, it had helped “tens of thousands” of members lose over 200,000 pounds, and that it was currently available in 31 states at an average cost of $100 per month, with a variety of plans.

The new capital will go toward continued investment in the platform, its infrastructure and growing its user base.

“Underpinning all that is hiring,” Jones Simmer said. To underscore that goal, the company recently made two executive hires, naming Dr. Rekha Kumar as its chief medical officer and Dr. Acacia Parks as its chief behavioral health officer. Kumar previously served as the medical director of the American Board of Obesity Medicine. Parks was previously chief science officer at Happify Health. 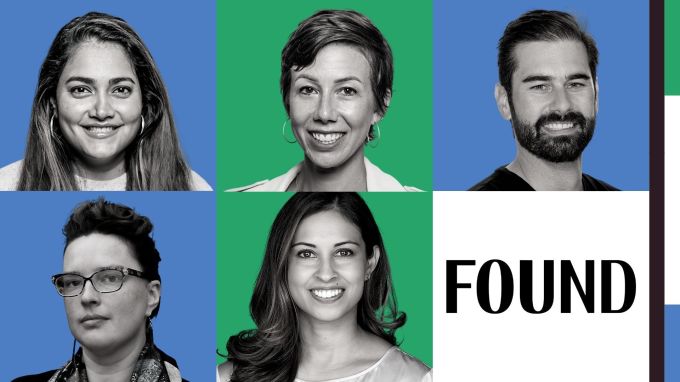 Found was incubated at Atomic, a San Francisco-based venture studio, in the spring of 2020. Earlier this year, it raised $24 million in a Series A round led by GV (formerly Google Ventures) and Atomic, with participation from Define Ventures. And over the course of the last year, it raised $8 million in previously unannounced seed funding, largely from Atomic, in addition to Define Ventures. With this latest round, Found has now raised $132 million since inception.

The startup aims to help people focus more on body positivity and what they can “find” — such as being able to finish a 5K or keeping up with their grandkids or a newfound confidence — during their weight management journey. And it does it by combining advice from clinicians, a community of others going through the same process and “prescription interventions” when deemed necessary. The company aims for a holistic, personalized and integrated approach that includes addressing sleep, “mindful” eating, movement, stress and a person’s biology.

Allen Mask, partner at WestCap and formerly of Sonos and Airbnb, is joining Found’s board as part of the financing. He believes there is a lack of knowledge around what is possible when it comes to weight loss.

“That’s part of the reason why most people struggle and lose hope. Now, we know it takes more than willpower — it takes science and support,” Mask said in a written statement. “The Found team are leading the evolution of care with a unique vision and have developed a proven integrated weight loss program that combines dedicated medical care with personal health coaching.”

Found comes out of stealth with $32M in funding, former Bumble exec as its new CEO